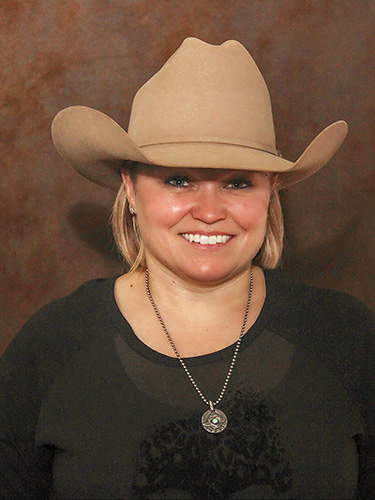 For Immediate Release- Oklahoma City, Okla., (12-12-2016)- She is one Non Pro rider in a league of her own. Setting new records and achieving things some might call impossible, Mandy McCutcheon is a force in the reining world. This National Reining Horse Association (NRHA) Two Million Dollar Rider hit yet another milestone during the 2016 Futurity & Adequan® North American Affiliate Championship (NAAC) Show by becoming the newest NRHA Million Dollar owner. McCutcheon is the first woman to earn both Multi-Million Dollar Rider and Million Dollar Owner statuses.

Over the years, McCutcheon has owned more than 60 horses, including four that she rode to an NRHA Non Pro Futurity Championship. These horses include Hollywoods Striker (by Hollywood Dun it out of Strike Zone), Mi Hollywood Darlin (by Hollywood Jac 86 out of Shesa Royal Colonel), West Coast Mizzen (by West Coast Whiz out of Mizzen Shine), and Ms Whiz Dunit (by Topsail Whiz out of A Bueno Poco Dunit).

During the 2016 NRHA Futurity, McCutcheon owned three horses in the Non Pro Futurity Finals who collectively earned more than $48,720. Those horses were: