Winning the €400-added NRHA Novice Horse Non Pro Level (L)2, in a field of 56 entries, was Italian Tommaso Coltrioli with his Gunslinger Lil Step between the reins. Aboard the 6-year-old American Quarter Horse sorrel stallion by Wimpys Little Step and out of Playguns Rose, Coltrioli scored a 144 for the win.

On the third day of competition, the National Reining Horse Association (NRHA) European Derby & Pre Futurity offered the Open and Non Pro Consolation. Those riders that did not automatically qualify for the finals in the two divisions today had a last chance to fight for a spot in the draw. Excitement and great runs filled the morning in Manerbio!

The young German non professional rode Sheezasunnywhiz BB (Topsail Whiz x Walla Walla Sunshine), owned by Chanay Sky Management SA, to a score of 216.5 claiming the championship. “This is actually my mom’s horse and she was supposed to ride her here. At the last minute she couldn’t come so I stepped in. It didn’t take long for me and this horse to get along and I’m thrilled with the way she went here!” claimed Gina who placed Ms Blue Eye Wimp BB (Dun It Gotta Gun x Solanos Wimpy Step), also owned by Chanay Sky Management SA, to second place with a 213.5.

Winning the L2 division was Italian Piero Priori aboard his Ruf Cut Chex (Big Chex To Cash x CT Ruffian). “I purchased this horse in the States and this is the very first time I’ve shown him so I couldn’t be any happier and I now look forward to showing him in the Italian Futurity,” said the Italian rider.

Morawitz and Ruggeri tie to lead the Open Derby qualifier

The high level of competition in Manerbio, Italy, where the sixth edition of the NRHA European Derby and Pre Futurity is taking place, shone through as the 83 horse-rider-combinations rode yesterday for a spot in the open finals.

Tying to lead the Level (L)4 and L3 open qualifying go-round with a 222.5 score were Markus Morawitz of Austria and Massimiliano Ruggeri of Italy. The Austrian NRHA Professional rode Gunners Chic Magnet, a 5-year-old stallion by Gunner and out of Wind Up Her Chic, for owner Ralph Carbone. Nominated by Oldenburg Farm LLC, the talented bay double-registered American Quarter Horse/American Paint Horse has won over $8,130 in NRHA competition. “Considering that we purchased this horse in the U.S. at the beginning of this year, I am very happy with his performance here,” said NRHA Professional Morawitz.

Italy’s Ruggeri rode Mister Little Uno (Mister Uno x Bonita Bahia) for owner and nominator Paolo Morandotti. The 6-year-old American Quarter Horse stallion boasts more than $33,200 LTE thanks to the numerous titles earned with NRHA Professional Ruggeri in the saddle. They are in fact the 2015 Italian Reining Horse Association (IRHA) Derby L3 and L2 Open champions and IRHA Maturity L4 and L3 Open champions. The duo also went on to win the 2016 IRHA L3 Open Derby and L2 Open championships. “I’ve had this horse in training ever since he was two and he’s always been phenomenal,” said Ruggeri. “We started breeding him this year and I wondered how he would do in the show pen. Well, he just gets better and better every time!”
Taking the lead in the L2 open division was Great Britain’s NRHA Professional Lee Rutter aboard Little Nic (Wimpys Little Step x Smart Chexy Nic) owned and nominated by Lita Pocock. Aboard the 7-year-old American Quarter Horse stallion, Rutter scored a 218.5. 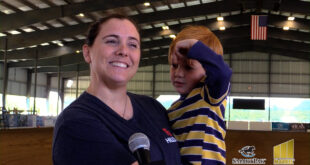 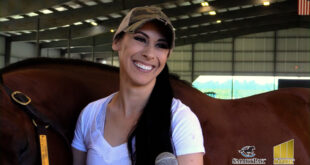 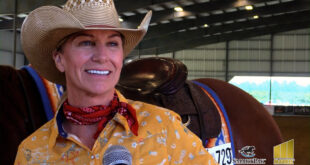 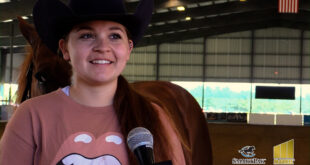 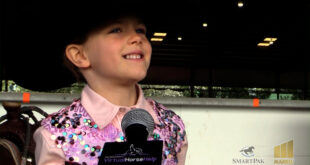 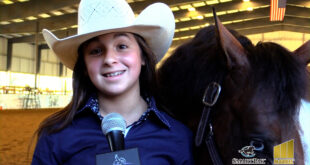 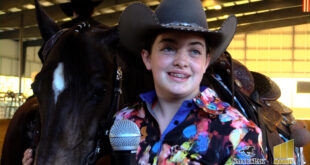 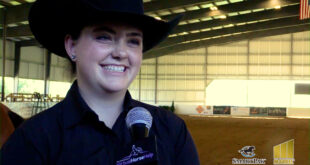 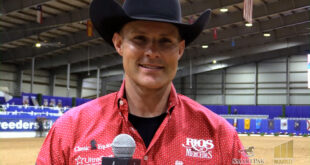 Jason Vanlandingham and A Vintage Smoke have made their mark on the reining industry, but … 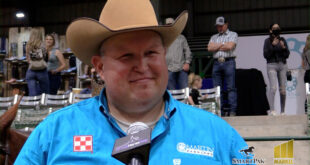