Tom McCutcheon’s Virtual Horse Help had the honor of attending the 2015 RFD-TV’s The American, presented by Polaris Ranger, as media on behalf of our sponsor SmartPak. We went behind the scenes & down on the dirt with barrel racer & fellow SmartPak Endorsee Michele McLeod. We truly had a wonderful time & had an absolute blast cheering on Michele & her daughter Lindsey who also raced for the title. These two ladies are amazing cowgirls with the spirit of true champions. They support not only one another but their competitors as well & it is clear that their winning attitudes are a huge contributor in their success. Thank you to SmartPak, Michele & Lindsey, to RFD-TV for treating the media so well, & to you, our members, who keep coming back for more to ride with us!
In this video you’ll experience some highlights from down on floor of the AT&T Center, home of the Dallas Cowboys, during RFD-TV’s The American, see Michelle’s runs & hear what she had to say about them as well as what she does to help keep her horses in top shape at home & on the rodeo road. Enjoy!

Emilly Moylan & Kat Paschal outside of the Dallas Cowboys locker room before the Shootout.

View from the Press Box before the RFD-TV’s The American presented by Polaris Ranger.

The press getting ready for the champions of last year’s RFD-TV’s The American to take the stage prior to rodeo time! 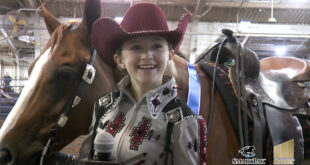 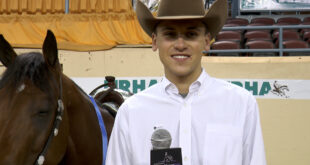 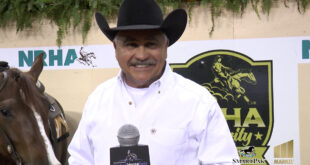 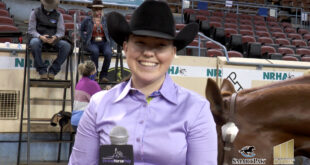 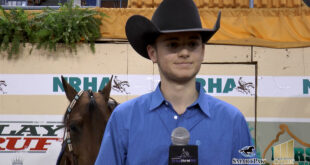 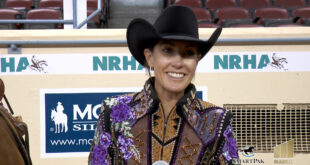 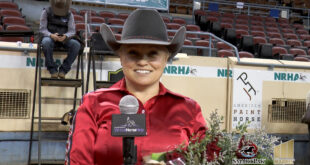 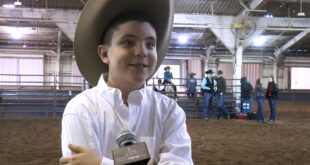 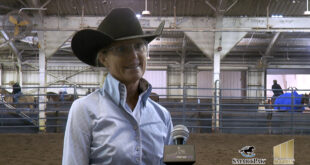 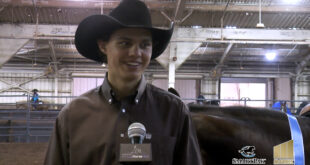 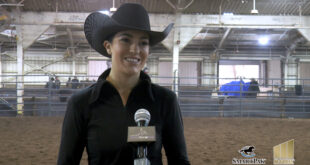 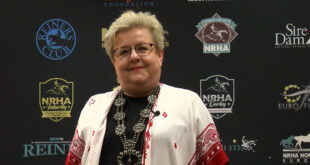