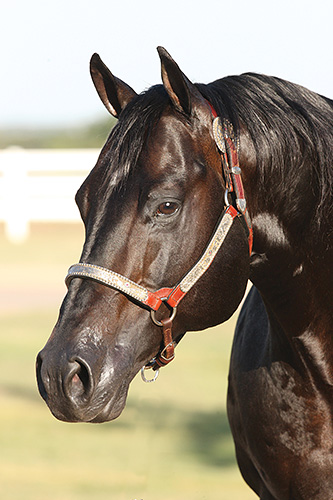 ional Reining Horse Association (NRHA) is pleased to announce its newest Million Dollar Sire. During the 2016 NRHA Derby, A Sparking Vintage reached the Million Dollar milestone when his two highest ranking offspring, Not Ruf At All and Platinum Vintage, made it into the top ten. A Sparkling Vintage is the 27th NRHA Million Dollar Sire alongside other great sires such as Starlights Wrangler and Like a Diamond.

By NRHA Four Million Dollar Sire Shining Spark and out of Vintage Badger, this 1997 bay stallion has an impressive reining resume in a variety of events as the 2001 National Reining Breeder’s Cup (NRBC) Intermediate Open Derby Champion, the 2001 NRHA Open Futurity Top Five, and the 2002 ANCR Maturity Open Champion and Limited Open Champion. His Lifetime earnings total $82,000. The stallion is currently owned by Silver Spurs Equine.