The 2016 NRHA European Derby and Pre-Futurity 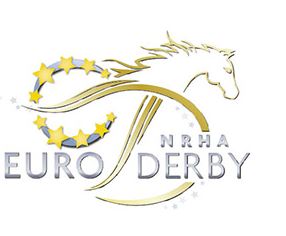 The 2016 National Reining Horse Association (NRHA) European Derby & Pre Futurity is opening the doors of the Palasturla Equestrian Center in Manerbio, Italy, today. Horses and riders from all over Europe are moving in for the sixth edition of the prestigious event which will be offering the Euro 137.850-added* Open and Non Pro Derby (*subject to change based on nominations), the European Level(L) 2 & L4 Pre Futurity and a full-slate of NRHA approved ancillary classes.

Over 300 horses are expected to arrive in Manerbio along with riders representing Austria, Belgium, Czech Republic, France, Germany, Great Britain, Italy, Poland, The Netherlands, Sweden and Switzerland. The numbers and the excitement prove the success of the European event and of the NRHA European Nomination Program.

The European component of the NRHA Nomination Program was established to strengthen European reining breeding programs and to ensure the long-term success of the NRHA European Futurity and Derby. Since 2009, foals have been required to nominate to the program to be eligible to enter the NRHA European Futurity and Derby, to win added money created by the program and to earn nominator incentives. There has been overwhelming support of the NRHA Nomination Program since its inception. In 2015, the program’s sixth year, 1416 weanlings were nominated, the most in the program’s history.

The qualifying go-round of the Open Derby, counting over 80 entries, will open the show on Monday 19. The following day, in the Non Pro Derby qualifier, over 105 horse-rider-combinations will make their way in the Palasturla arena vying for a spot in the finals.

If you cannot be on the stands, make sure you follow the action online!