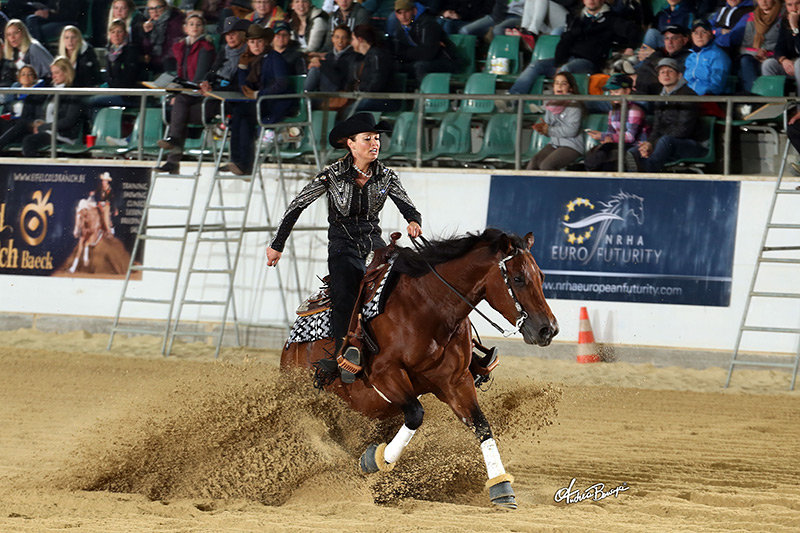 Kreuth, April 23 – The Open finals of the NRHA European Futurity closed the eighth edition of the prestigious show tonight in the Ostbayernhalle arena. Draw 46, in a field of fifty finalists who qualified in the four divisions of the Futurity Open, multiple past NRHA Open World Champion, Ann Fonck, with Roosters Attitude between the reins, claimed her first NRHA Open Level 4 Futurity Championship and a €20.135,03 paycheck.

Fonck and the bay gelding by Ricochet Rooster and out of Jackie Cody Pine, bred, nominated and owned by 23 Quarter Horses Az. Agricola SS, thrilled the crowd that filled the stands with their perfectly painted run which the judges paid back with a score of 223.5. 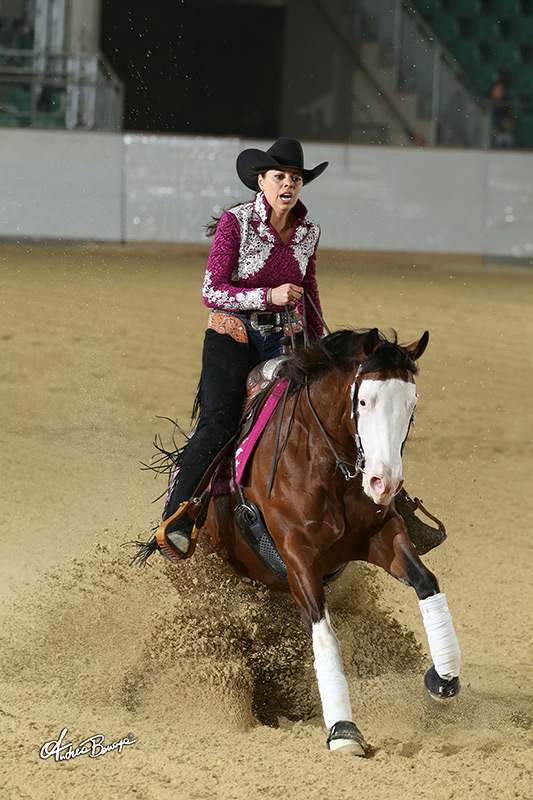 “This is just amazing,” said an enthused Ann who also qualified her second mount, High Rollin Spook (by NRHA Three Million Dollar Sire Smart Spook x Shining High Roller), also owned by 23 QH Az Agr. SS and nominated by Rosanne Sternberg, to eighth place. “We didn’t do too well in the first go-round and we managed to make it back to the finals through the Consolation. I couldn’t be any happier.”

Roosters Attitude counted $13,360.49 in NRHA LTE before coming to Kreuth.

Taking the Level 4 Open Reserve Championship was past NRHA Open Reserve World Champion, Cira Baeck, riding KR When In Rome, an NRHA / Markel Insurance Futurity Sales graduate. Bred by Pete and Tamra Kyle and owned by Katarzyna Rolseka, the talented Quarter Horse mare by Spooks Gotta Whiz and out of Crome Shiner, closed a point behind the winners adding €14.994,23 to their earnings. 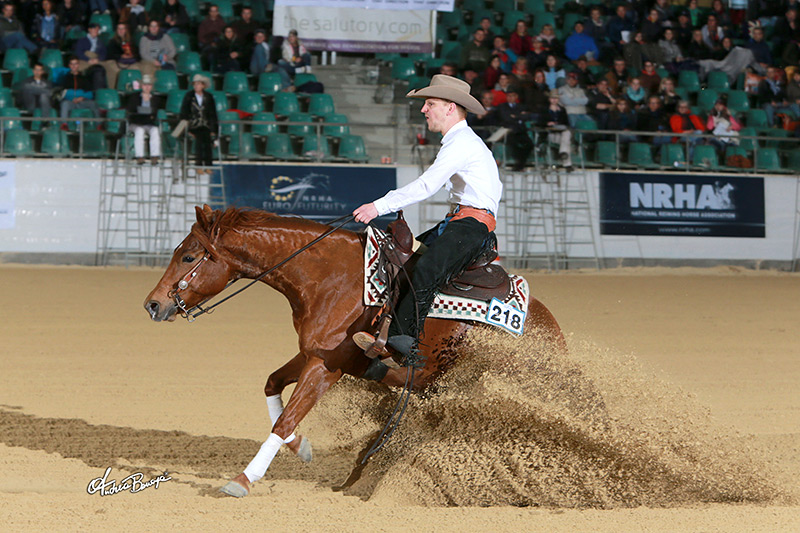 Earning the Level 3 and Level 2 Open Futurity championship, with a 219, was Bjoern Binek riding ARC Shesgunnasparkya, a Quarter Horse mare by Gunnatrashya and out of Saling Spark, bred by Arcese Quarter Horses USA and nominated by Claudia Simon. Ridden by Martin Larcombe and by Joe Schmidt in the US, before coming to Kreuth the talented mare, had accumulated $34,478.09 LTE. ARC Shesgunnasparkya is an NRHA / Markel Insurance Futurity Sale graduate. “She was great tonight, had huge stops and felt really easy all the way through the pattern. She’s a really sweet mare and showing her was a lot of fun,” said the German rider about his mount.

Binek took home a total of €18.059,21 for his win in the Level 3 and 2 divisions and €11.710,41 for the reserve championship in both riding Winnie The Boo (Spooks Gotta Whiz x Jac Golden Faith), a Quarter Horse stallion bred, owned and nominated by Claudia Hahn. The duo closed with a 217.5. 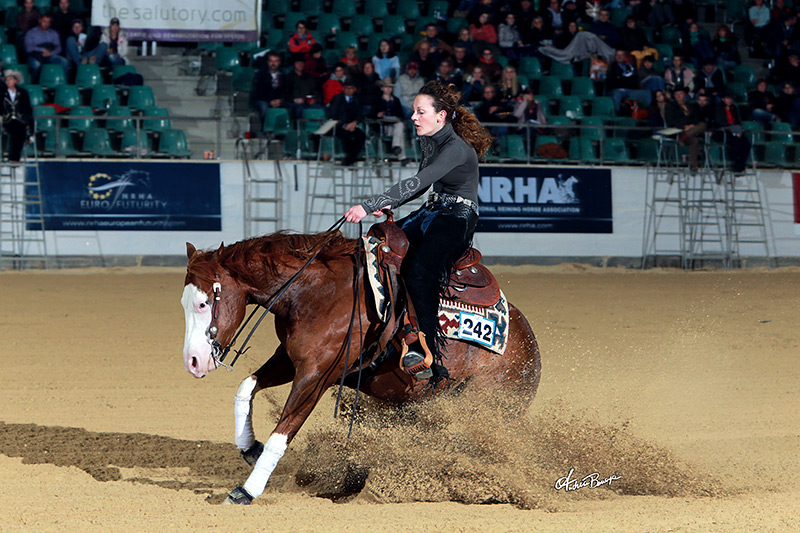 Winning the Level 1 Open division and a paycheck worth €3.457,99 was NRHA Professional Roberta Dubini aboard Gunners Topchic (by NRHA Eight Million Dollar Sire Gunner x Hollywoods Topchic), a Quarter Horse mare bred by Penni Gerardi and owned and nominated by Luga Quarter Horses of Italy. The pair posted 215.5. “Gunners Topchic was really good with for me tonight and the crowd was awesome”, said Dubini who also claimed the Level 1 Open European Futurity Championship last year. “Before coming here I showed her at the Italian Futurity where we didn’t do very well so I would like to thank the owners for trusting me to bring her here.”

After leading the qualifying go round of the Level 1 division, NRHA Professional Christelle Graffeuil and Customized Whizcrome (Custom Black Crome x Roxy Whiz Pine), owned by Laurent Garrido and nominated by Graffeuil, settled for reserve honors in this division with a score of 213.

The NRHA European Futurity is open to 4-year-old horses nominated in the European Nomination Program and offered a total purse of €306.000. 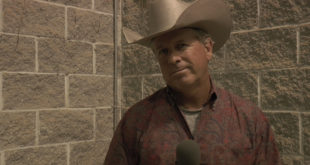 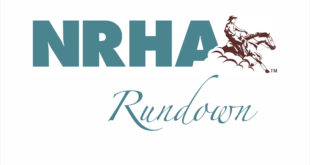